Is it time to get Humpty Dumpty off the wall? 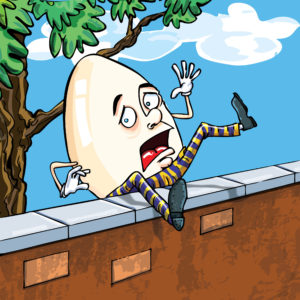 Eggs have spent the past 50 years in a vicious, nutritional vilification-glorification cycle.

Their current status quo is ‘bad’, after the authors of a 2019 study identified a meaningful relationship between dietary cholesterol, egg consumption, and the incidence of cardiovascular disease. These data will be integral to the development of future daily intake guidelines. However, the focus of this egg debate has been too narrow, and the good in eggs has been overlooked. There is more to eggs than dietary cholesterol.

Eggs were not intended for human consumption

Eggs do more than be something to scramble, poach, or fry. This versatile breakfast food is one of evolution’s solutions to embryonic development. The little shell-encased incubators contain the perfect cocktail of micro and macro-nutrients to feed a baby bird from fertilisation to hatchment. The nutrient pocket-rocket has, however, also become a staple part of the human diet and, at the same time, a bone of contention among nutrition scientists.

Eggs may be the perfect nutritional-package for our tiny feathered friends, but nutritionists have long worried about their place in our diet due to their heavy load of dietary cholesterol (187 mg per large egg).

Research suggests a fare rich in dietary cholesterol increases the risk of cardiovascular disease. Consequently, eggs have been under scientific scrutiny for a long time. Some 50 years of research has produced a plethora of inconclusive and conflicting data.

Victor Wong, from the Northwestern University Feinberg School of Medicine, and his associates have shed new light on the egg, dietary cholesterol, and cardiovascular disease conundrum. Their study, involving 29615 adults from six prospective cohort studies in the United States, investigated whether a link exists between dietary cholesterol or eggs and both incidences of cardiovascular disease and all-cause deaths. They accounted for the confounding factors, i.e. factors that may interact and produce misleading results, in the analysis, such as smoking status, level of physical activity, and overall dietary habits.

They found that for every additional 300mg of dietary cholesterol and each extra half an egg consumed per day, there was an increased risk of incident cardiovascular disease and all-cause deaths. These findings have put another crack the egg’s fragile reputation. 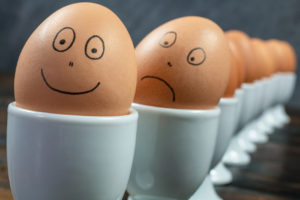 Eggs, however, are far more than a pocket of dietary cholesterol.

They contain an impressive list of essential micro-nutrients and macro-nutrients, all of which are integral to human nutrition. Items on the list include animal protein, saturated and unsaturated fats, vitamin A, iron, vitamin B12, riboflavin, choline, zinc, and calcium.

According to the authors of a review paper also published this year, eggs may contain several other under-studied, yet potentially useful bioactive compounds, i.e. a compound that promotes good health. The same authors also point out that several studies demonstrate egg cholesterol is not highly-absorbable.

Eggs are also notable from a social aspect, given that they are an affordable source of animal protein.

After half a century of research, eggs remain controversial among nutritionists and health professionals.

One needs to be aware of the high dietary cholesterol content in them, especially people with conditions such as diabetes, high blood pressure, and high cholesterol.

The truth is, however, that eggs aren’t all good nor are they all bad. They offer many potential health benefits, for which they deserve credit.

We always recommend taking a look at the big picture to inform your nutritional decisions. Our bodies are all different, so work out what is best for yours.